Matthew Avery, Director of Research, Thatcham Research comments, “The new Range Rover Evoque is another sterling Jaguar Land Rover product. JLR’s commitment to safety is not in question; in 2017 it committed to fitting all new models with Autonomous Emergency Braking as standard, while all models launched since 2011 have achieved five-star Euro NCAP ratings.”

Lexus, SEAT, Skoda, Subaru and Volvo are the only other carmakers to achieve five-star ratings for all models released over the same period.

Avery continues, “It is pleasing to see a carmaker maintaining such a consistent five-star safety record, working with Euro NCAP to protect occupants and vulnerable road users. The small SUV category is growing fast, so it’s important that carmakers like JLR continue to raise the bar in such a popular segment.”

Safety comes at an extra cost

The Citroën C5 Aircross is available off the forecourt with a camera-only Autonomous Emergency Braking (AEB) system which can detect and respond to pedestrians. The camera and radar system included with the optional safety pack can detect cyclists as well as pedestrians.

“The Citroën C5 Aircross’ four-star rating is a credible result in the small SUV crossover category. However, it is disappointing that the AEB cyclist system is not fitted as standard. Citroën drivers are having to pay extra to detect cyclists when other vehicles of similar cost, such as the Ford Focus and Mercedes A-Class, already offer it in their overall price.

“Consumer take up of optional safety packs is very low, below 5%, so it is vital that carmakers fit this safety equipment as standard to protect occupants and vulnerable road users. It’s also bad news for second hand buyers, unless they happen to buy from one of the small group of owners who invested in the safety pack.”

* In 2016 Euro NCAP introduced a dual rating system, assessing the standard versions of new cars sold in Europe, as well as models that come with an optional safety pack, should the manufacturer request the extra test. 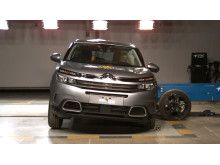 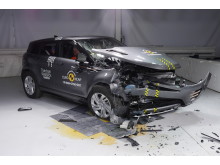 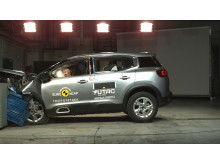 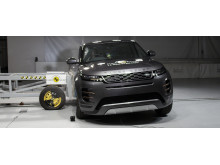 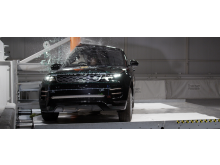 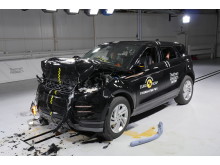 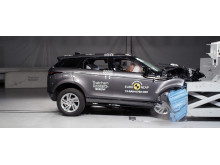 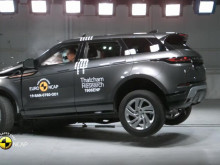 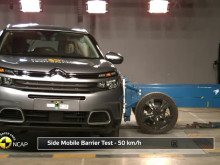 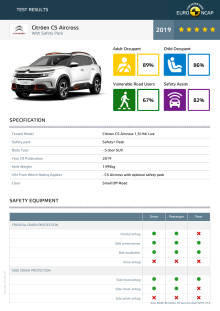 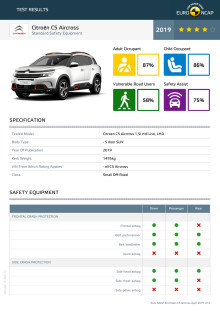 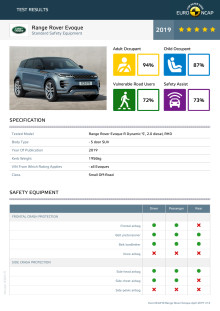