Thatcham Research and the ABI (Association of British Insurers) are today issuing an urgent call to carmakers and legislators for greater clarity around the capability of vehicles sold with technology that does more and more driving on behalf of motorists. The call comes in the wake of growing reports of people crashing whilst over-relying on technology which is not yet designed to drive the car independently.

The risks to UK drivers have been outlined in the new ‘Assisted and Automated Driving Definition and Assessment’ paper, which has identified dangerous grey areas associated with some driver support technologies. These include misleading names, like Autopilot and ProPilot, given to systems by carmakers, how and when drivers should take back control of their vehicles and systems which are designed to work in specific situations only (e.g. on motorways) but can also function anywhere.

Matthew Avery, Head of Research at Thatcham Research comments: “We are starting to see real-life examples of the hazardous situations that occur when motorists expect the car to drive and function on its own. Specifically, where the technology is taking ownership of more and more of the driving task, but the motorist may not be sufficiently aware that they are still required to take back control in problematic circumstances. Fully Automated vehicles that can own the driving task from A to B, with no need for driver involvement whatsoever, won’t be available for many years to come. Until then, drivers remain criminally liable for the safe use of their cars and as such, the capability of current road vehicle technologies must not be oversold.”

To provide guidance to carmakers and legislators, Thatcham Research has drawn up a list of 10 key criteria that every Assisted vehicle must have, complementing 10 criteria laid out in 2017 which a car must meet before it can be called Automated. These recommendations represent best practice to promote safety on the roads as Assisted vehicles become ever more commonplace.

Avery continues: “It begins with how systems are named and described across carmaker marketing materials and the driver’s handbook. Names like Autopilot or ProPilot are deeply unhelpful, as they infer the car can do a lot more than it can. Absolute clarity is needed, to help drivers understand the when and how these technologies are designed to work and that they should always remain engaged in the driving task.”

James Dalton, Director of General Insurance Policy at the ABI, said: “Insurers are major supporters of efforts to get assisted and autonomous vehicles onto the UK’s roads. Given the part human error plays in the overwhelming majority of accidents, these technologies have the potential to dramatically improve road safety. However, we are a long way from fully autonomous cars which will be able to look after all parts of a journey and in the meantime, it remains crucial that all drivers are alert and ready to take back full control at a moment’s notice. Manufacturers must be responsible in how they describe and name what their vehicles can do, and the insurance industry is ready to hold them to account on this.”

What’s in a Name?

Thatcham Research is also revealing further detail around a new consumer testing programme, designed to assess Assisted driving systems against the 10 criteria. An initial round of tests will take place in Summer 2018; six cars with the latest driver assistance systems will be scrutinised.

“The next three years mark a critical period, as carmakers introduce new systems which appear to manage more and more of the driving task. These are not Autonomous systems. Our concern is that many are still in their infancy and are not as robust or as capable as they are declared to be. We’ll be testing and evaluating these systems, to give consumers guidance on the limits of their performance. The ambition is to keep people safe and ensure that drivers do not cede more control over their vehicles than the manufacturer intended,” comments Avery. “How carmakers name Assisted systems will be a key focus – with any premature inference around Automated capabilities being marked down. Automated functions that allow the driver to do other things and let the car do the driving will come, just not yet”

Other key elements of the tests include:

The results of all the tests will allow final grades to be generated for use by insurers and consumer organisations and will be published in the Autumn 2018.

A full copy of the ‘Assisted and Automated Driving Definition and Assessment’ paper can be downloaded here.

As well as its world leading crash and track research, Thatcham Research has administered the Association of British Insurer’s (ABI) Group Rating system for the past 50 years. Group Rating is an advisory system intended to provide insurers with the relative risk of private cars and light commercial vehicles. 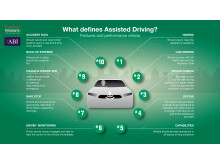 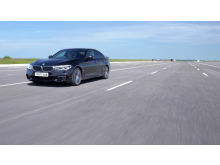 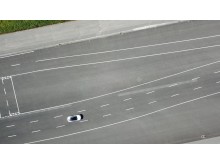 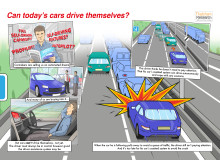 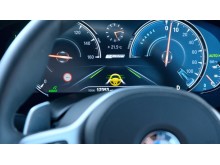 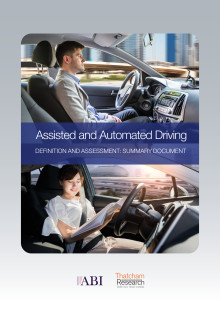 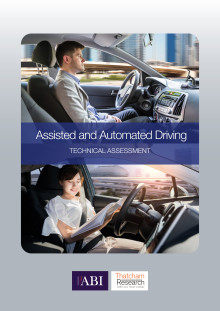