The first three cars tested by Euro NCAP in 2019 have all achieved the maximum five-star rating for safety. Growing in popularity, these SUVs from Seat, Mercedes-Benz and Honda all achieved high scores for protection offered in the event of a crash and safety technology to avoid a crash happening in the first place.

Matthew Avery, Director of Research, Thatcham Research comments, “Last year we saw a couple of off-road vehicles with crash performance undermining their rugged looks. The three SUVs kicking off 2019’s Euro NCAP programme all performed very well in impact and collision avoidance tests. The Seat Tarraco’s 97 per cent score for Adult Occupant Protection is notable and will be the target for 2019, which looks like being a bumper year with many new models being tested.”

The Honda CR-V achieved a 93 per cent Adult Occupant score, and the Mercedes-Benz G-Class 90 per cent.

Avery continues, “It’s also good to see the Mercedes-Benz G-Class achieve that tricky balance of keeping the charm of an old classic, while uplifting its safety performance. Drivers should expect nothing less than top level safety considering that the Mercedes A-Class was one of the very best tested last year.

“These vehicles are also setting a safety technology marker. All three have standard-fit Autonomous Emergency Braking (AEB) which operates effectively at different speeds and can detect pedestrians and cyclists. We’d expect all carmakers to fit AEB as standard on new models released in 2019, whatever the segment.

“This important safety technology that Euro NCAP has advocated since 2012 will now be standard fit in Europe following the recent announcement of the new European General Safety Regulations.”

The three cars tested also have different Speed Assistance technologies. These systems hit the news last week with European Parliament MEPs voting in favour of mandated standard-fitment on new vehicles in future, along with other technologies like AEB.

Avery explains, “Euro NCAP gives extra points for vehicles that include Intelligent Speed Assistance (ISA). Some speed limiter systems allow the driver to set and maintain a certain limit. Useful, but cars with ISA identify the limit via a camera and mapping and can actively prevent the car from exceeding this speed – it’s a great safety aid and makes town limits and 50mph motorway restrictions less of a chore.”

The European Transport Safety Council estimates that making speed limiters mandatory will reduce traffic collisions by 30 per cent and could save 25,000 lives within 15 years of being introduced. 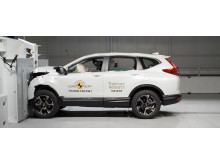 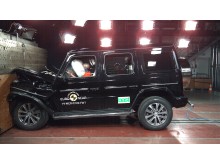 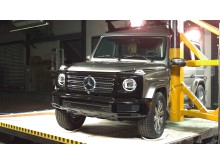 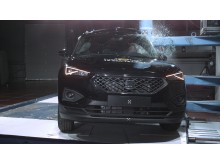 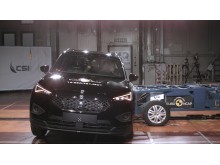 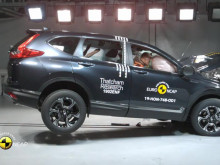 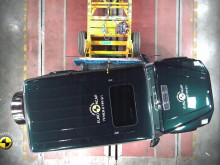 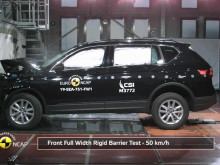 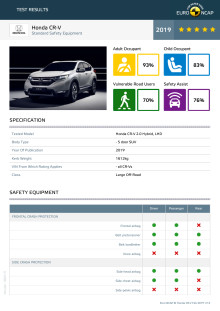 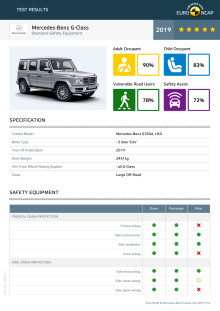 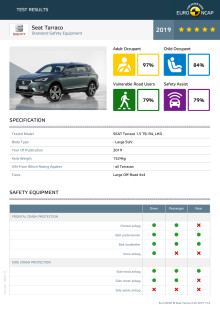