The final Euro NCAP test results of 2017 have shown that some carmakers are still choosing not to fit potentially life-saving technologies to new models.

A tale of two Citroens

Although the zero-star Euro NCAP rating for the FIAT Punto is eye-catching, it’s the three-star ratings for carmakers that have delivered five-star cars in the recent past which are most surprising, comments Matthew Avery, director of research, Thatcham Research:

“This is a tale of two Citroens. In November, the DS 7 Crossback achieved a five-star Euro NCAP rating – and came with standard-fit AEB and Lane Departure Warnings. The DS is a premium brand, but Citroen has made a clear decision with the DS 3, offering AEB as an option only.

“Some great strides have been made in car safety this year. 72 per cent of the cars tested achieved a five-star Euro NCAP rating, versus 56 per cent in 2016. But December’s test results have shown that some carmakers are choosing not to fit potentially life-saving safety technology as standard, despite an overall trend to the contrary in 2017.

“It’s about decision making – some are choosing to prioritise the fitment of technologies to support drivers and bring down accident rates. Others are not.

“This is now imperative. From the beginning of 2018 vehicles without standard-fit AEB systems won’t be able to achieve a five-star Euro NCAP rating.”

The Ford C-Max vehicles tested by Euro NCAP also offered little in the way of safety technology, and performed below expectation in impact testing. Avery comments, “As a major player in the market, targeting vehicles at the family market, the results for Ford’s C-Max cars disappoint. There is a distinct lack of safety technology to help avoid collisions, and below average adult and child occupant scores in the event of a collision.”

The zero-star Euro NCAP rating for the FIAT Punto, a re-release of the 2005 version, came because of low scores for its crash performance, combined with the absence of key technologies such as Autonomous Emergency Braking (AEB) and Lane Support Systems - giving it an unprecedented 0% ‘Safety Assist’ result.

“In 2005 the FIAT Punto achieved a good rating. However, Euro NCAP frequently raises the bar in its testing regime – and the FIAT Punto’s adult occupant protection score of 51% is more than 30% below the average for the Superminis tested in 2017,” comments Avery. “Yes this is essentially an old car, but that should have sharpened the focus on fitting safety technologies to counteract it’s dated crash performance.” 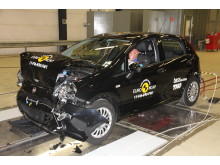 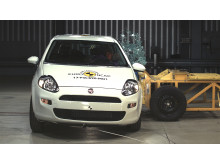 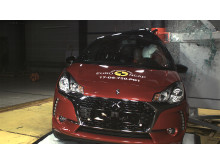 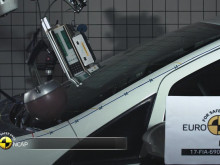 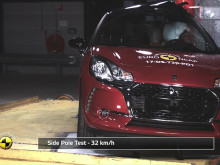 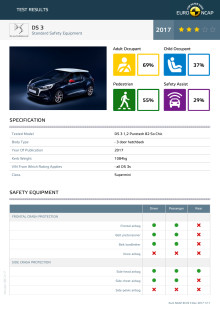 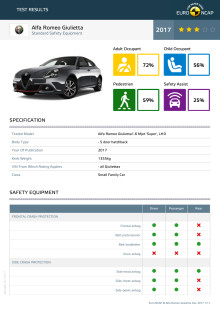 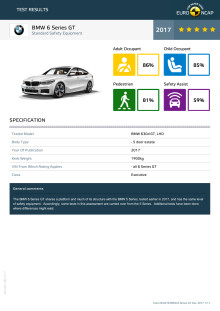 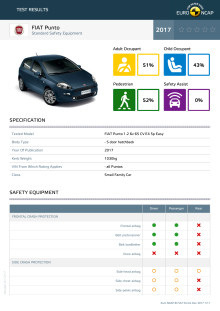 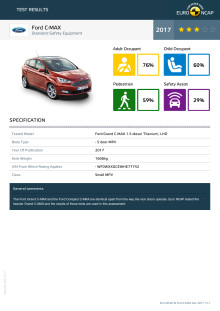 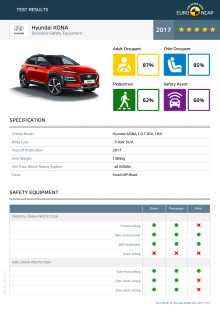 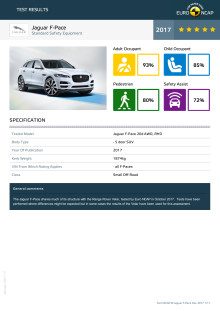 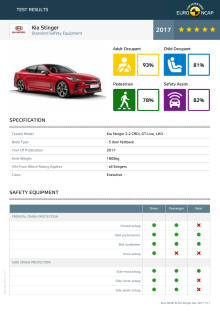 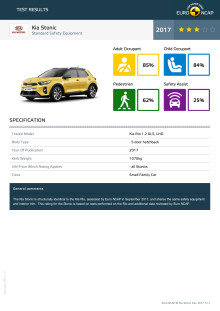 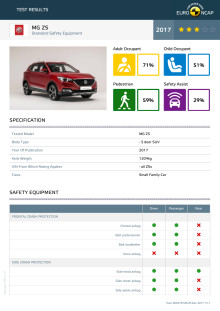 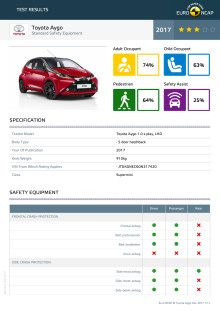 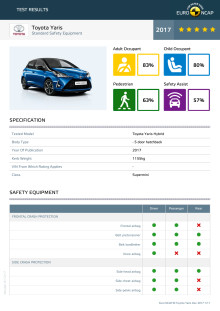 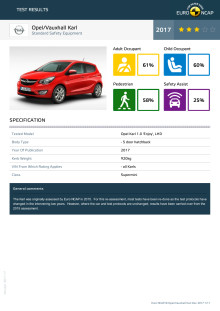