It's 99% score came in the AOP category, which assesses the protection offered to driver and front-seat passenger in the event of a crash. Maximum points were awarded in Euro NCAP’s full-width barrier, side impact and side pole tests.

Of those tests the side pole impact is described by Euro NCAP as it’s ‘most severe’, and simulates a car running off the road into a tree or pole. In this test there are large amounts of intrusion into the passenger compartment, as a result of the rigidity of the pole and because there is less vehicle structure to dissipate the energy from the impact.

Matthew Avery, director of insurance research, Thatcham Research comments, “This is a truly impressive result. The Mazda CX-30 is a mainstream vehicle, available at an affordable price point, performing at the highest level in impact testing. In the event of an accident, there are few safer places to be than the front seats of the Mazda CX-30.”

“The structure of the vehicle and the performance of its restraints are key. Especially in the side pole test which encourages carmakers to fit side-curtain airbags to protect occupants’ heads in a collision.”

The new Vauxhall Corsa meanwhile achieved a four-star Euro NCAP rating, with an 84% result for AOP and 69% in Safety Assist, the category which assesses the performance of crash avoidance technologies.

It just misses out on a full five-star rating because points scored for its Autonomous Emergency Braking system were not counted due to the performance of its seat and head restraints in whiplash testing.

Avery comments, “The Vauxhall Corsa gains a solid four-stars. Although this is not a bad result, Vauxhall will be disappointed to fall short of a five-star rating, which could have been achieved with greater focus on protecting passengers from whiplash injuries. Small cars are more likely to be involved in whiplash crashes, due to ‘run around’ town use and their lightweight structures. Both of these factors require high levels of whiplash protection in the front and rear.”

Keep up the good Merc

The Mercedes-Benz GLB is another five-star vehicle from the German carmaker, which has a strong record of achieving top Euro NCAP ratings.

“All models launched by Mercedes from 2014 onwards have been awarded five-star Euro NCAP ratings. There are few other carmakers who demonstrate such a consistently strong commitment to the safety of occupants and other road users,” said Avery.

Ford finds its way with the Explorer

The third five-star car in this month’s round of testing is the Ford Explorer. The carmaker has seen mixed results in Euro NCAP testing in recent years, releasing a succession of three-star cars in 2017 (the Ford C-MAX, Grand C-MAX, Ka+ and Mustang) while achieving five-star ratings for volume sellers like the 2018 and 2019 Ford Focus and 2017 Ford Fiesta.

Avery said, “As one of the world’s biggest carmakers every Ford model should achieve a five-star rating. After some mixed results in previous years, it’s great to see the Ford Explorer take home a top Euro NCAP rating. This is proof-positive of the programme working as it should; a carmaker responding to Euro NCAP assessments and addressing specific issues identified in testing.” 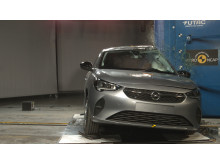 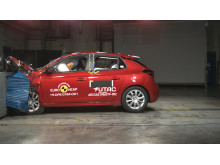 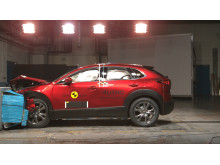 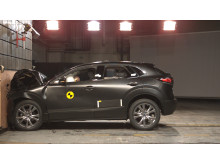 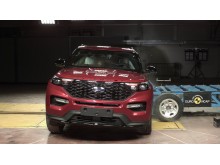 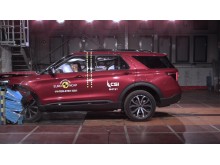 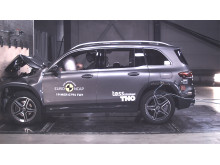 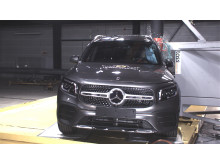 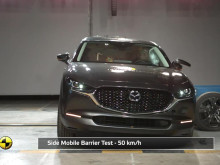 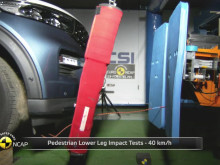 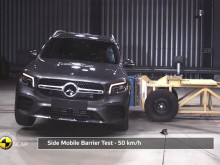 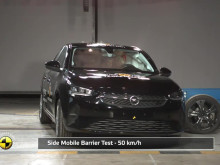 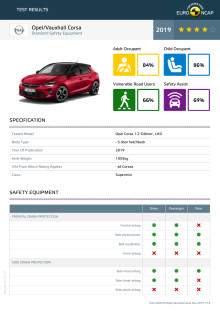 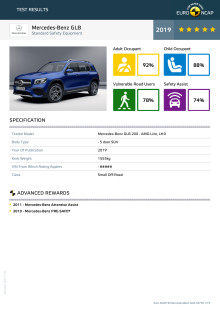 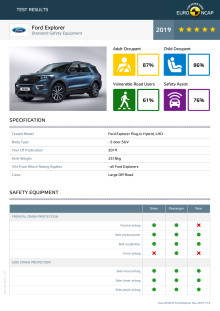 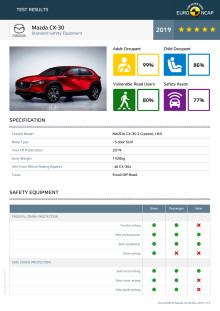