The final Euro NCAP safety ratings have been released today, and although most vehicles were awarded five-stars, there were three-star ratings for the Volkswagen e-up!, along with its SEAT Mii and Skoda Citigo twins, and the Aiways U5.

“The standard of safety has been exceedingly high this year,” said Avery. “Of the 55 cars to go through Euro NCAP’s most stringent tests ever, 45 were awarded a five-star rating. When the programme began in 1997, there were claims that achieving a top rating was impossible. We have come a long way since the days when carmakers met only the most basic, mandatory, safety requirements.”

The first of two cars from Volkswagen to feature in this round of assessments, the e-up!, was given a 55% score for Safety Assist, the lowest seen this year in the Euro NCAP category that assesses crash-avoidance technology.

The e-up! is a ‘reskin’ of the previous Volkswagen up! which achieved a five-star rating in 2011.

Avery comments, “The Volkswagen e-up! registers a disappointing three-star Euro NCAP rating. Whilst it’s an old design, which still offers respectable levels of passive safety in the event of an accident, the withdrawal of its Autonomous Emergency Braking (AEB) system is a major shortcoming, not least because consumers will be considering it as an affordable electric city car option. The lack of an AEB system to avoid or mitigate collisions in a city-driving environment is therefore a significant omission.”

The Golf 8 was also tested by Euro NCAP and achieved an “honourable” five-star Euro NCAP rating, according to Avery, despite the door opening following the pole impact test.

Avery adds, “It’s the second time we have seen a door failure on a Volkswagen product in as many rating releases. Although it did not detach, and doesn’t represent a significant danger in real-world crash scenarios, this is something Volkswagen needs to address for the 2020 programme.”

It is a Euro NAP requirement that all door apertures remain sealed following a collision to prevent occupant ejection.

Aiways off the mark

The Aiways U5 electric vehicle is the first car from the new Chinese carmaker to be tested by Euro NCAP.

Avery said, “The Aiways U5 was disappointing in all areas of its crash and safety technology testing. There’s a way to go before Aiways can meet the levels of performance we have come to expect of established brands.”

Aiways has confirmed that it is reviewing the safety shortcomings of the U5 with a view to re-submitting the vehicle for testing next year. 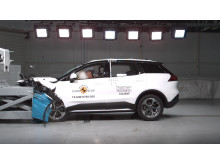 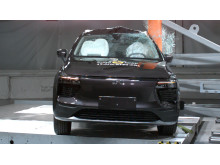 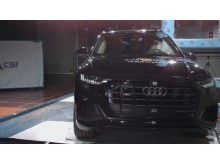 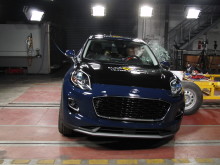 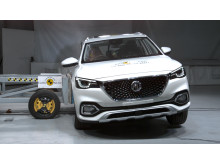 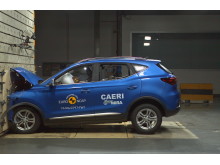 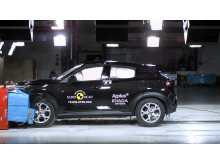 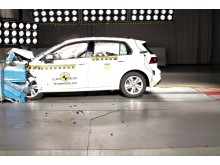 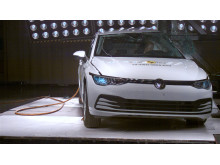 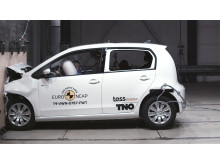 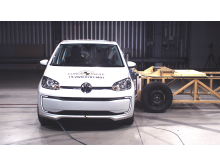 Volkswagen up! side impac... 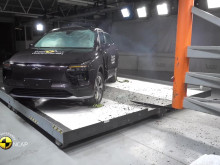 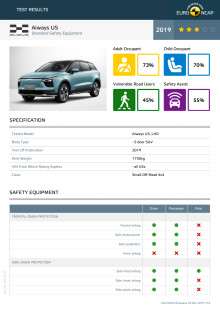 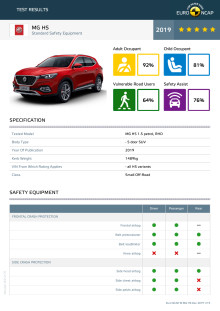 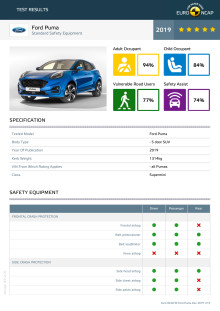 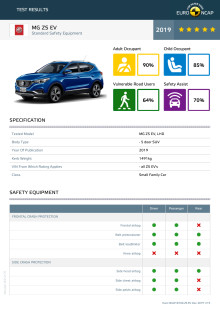 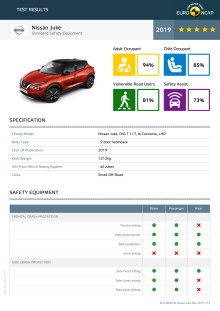 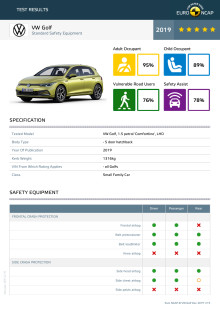 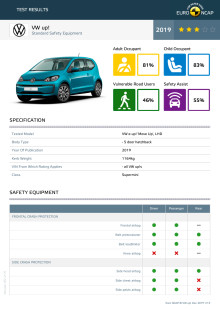 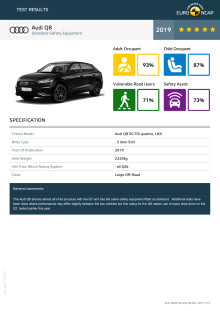