The all-new Polestar 2 and Cupra Formentor have both achieved top five-star ratings in the first Euro NCAP safety assessments of the year.

Established in 2017, Polestar is an independent Swedish electric car brand. The good news is that the first model from the new performance car brand to be tested against Euro NCAP protocols has safety firmly embedded in its DNA.

Scoring highly across all categories, with 92 per cent in Adult Occupant Protection and a stand-out 80 per cent in the Vulnerable Road User assessments, the Polestar 2 is a vehicle that is “fit for the future”, according to Matthew Avery, Thatcham Research director of research and Euro NCAP board member:

“It’s great to see a vehicle from an emerging brand like Polestar perform so well in our safety assessments. Polestar should be applauded loudly for keeping safety high on the agenda, despite everything the pandemic has thrown at the automotive industry over the past year.”

Contributing to the Polestar 2's strong Vulnerable Road User score was the inclusion of a pop-up bonnet which deploys should the car impact a pedestrian. Avery comments:

“Typically we don’t see pop-up bonnets on electric vehicles, as there is no hard engine structure to worry about. However, there are still a number of structures within the bonnet that could cause fatal injuries to a pedestrian.”

The Polestar 2 is also designed to accommodate Over the Air Updates, which can wirelessly improve the performance of a number of functions, including it's safety technologies.

“The Polestar 2 is a good choice for safety, today and in the future. Not only is it a great performer from a passive safety perspective but it will also become safer through its lifetime, thanks to Over the Air Updates. Put simply, the Polestar 2 can be improved while it sits on your driveway.”

Its Autonomous Emergency Braking systems performed very well in testing and can prevent accidents in ‘Turn Across Path’ scenarios. It also has airbags fitted in centre-consoles, to compartmentalise occupants in the event of a lateral impact. As a result, it scored maximum points in this area of testing. 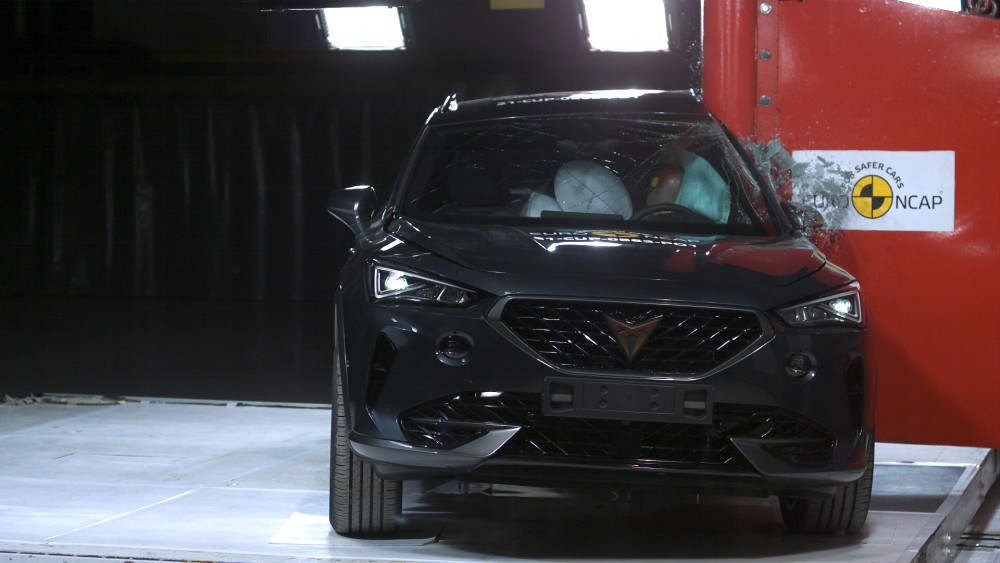 New Polestar and Cupra Keeping Up with Family Tradition

Today, Euro NCAP publishes its first safety ratings of 2021. Two new cars – the Polestar 2 and the Cupra Formentor – achieve the maximum five-star rating against the latest protocol regime. The Renault Arkana and Lexus UX 300e, both derived from previously-tested models, are added to the list of 2019-rated cars.

The rapidly changing nature of the global automotive industry is nowhere more apparent than in the Sino-Swedish Polestar brand. Headquartered in Gothenburg, Sweden, the carmaker produces the all-electric Polestar 2 at the plant of Volvo Car-owner Geely in Luqiao, China. Meanwhile, Cupra, a name familiar from SEAT models for some years, becomes a brand in itself and represents the sporty arm of the Martorell-based company. Luckily, safety is clearly central to the brands’ strategies and both cars perform well in Euro NCAP’s tests.

In both adult occupant and child occupant protection, only a point divides the two cars. For pedestrian protection, the Polestar, with an active bonnet, achieves an impressive 80 percent score, while both cars perform well in the autonomous emergency braking systems to vulnerable road users tests.

Michiel van Ratingen, “We are now a year on from when Covid became a global pandemic and the car industry has had a torrid twelve months. Sales are down and carmakers are having to find ways to cut costs and maximise profits. Euro NCAP is here to ensure that safety is not compromised, and it is rewarding that these two brands should place it high on their agendas. By now, safety is central to manufacturers’ strategies and they know that it is an area where consumers will not accept a drop in standards.”

The Renault Arkana is based on the Captur and shares that car’s 2019 safety rating. The 300e is added as an all-electric variant of the Lexus UX hybrid, also tested in 2019. 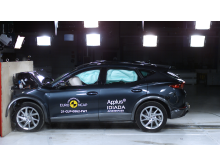 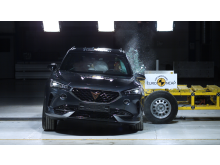 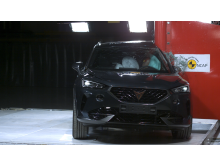 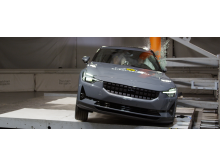 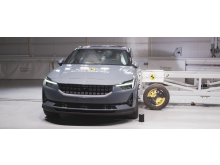 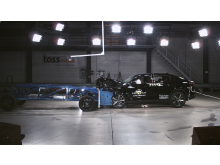 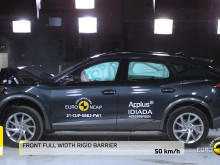 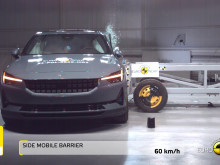 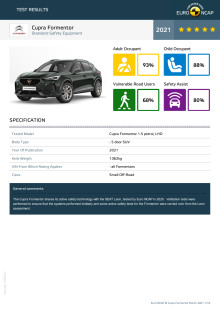 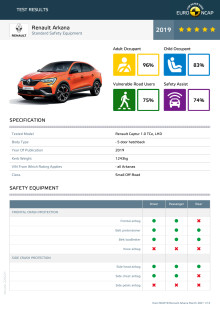