Safety experts at Thatcham Research have welcomed the calls from leading automotive consumer magazine ‘What Car?’ in supporting the availability of important, low cost, safety technology like Autonomous Emergency Braking (AEB) across all cars. Currently only 17% of cars available to buy in the UK have standard fit AEB.

The simplest form of AEB sensor, enabling a Lidar based system that is found on the likes of the Volvo V40 and Mazda 3, could cost manufacturers as little as £40. More advanced radar and camera based auto-braking systems, which provide additional functionality including the ability to avoid pedestrians and other vulnerable road users, have unit costs which are still likely to be under £200.

Thatcham Research applaud car manufacturer’s fast progress in developing crash avoidance technology, and point out that 41% of cars on sale in 2015 had AEB available. However, only 17% of cars available have it fitted as a standard feature. And of the remaining 24%, less than 2% were specified with AEB as an “extra” by motorists.

A recent survey conducted by Thatcham Research and Direct Line Insurance Group*, revealed that 82% of drivers think car safety features like AEB should be fitted as standard and available for free. Not as an “extra”.

The effectiveness of AEB has already been recognised by insurers, with the standard fit system typically attracting a benefit of 3-5 insurance groups, equating to a reduction in premium of around 10%.

Thatcham’s Director of Research, Matthew Avery said: “There is no longer any excuse for car makers to launch new cars without AEB as standard across the board, and along with dealerships, to promote and explain AEB more effectively to consumers.

“Not only will this reduce insurance premiums, but give peace of mind for motorists by significantly reducing crashes and associated injuries.”

The different types of AEB sensor...

Lidar : Lidar sensors work over short distances using light detection to calculate the distance to the vehicle in front. These are low cost sensors which are very effective at completely avoiding collisions at speeds up to 15 mph, whilst also being able to mitigate the effects of a crash up to 25 mph. Examples – Volvo S60 & Mazda 3

Radar :Radar sensors work by using radio waves – effective over much longer distances – to detect the vehicle in front. Radar sensors are more complex and more expensive, but as such they are able to completely avoid collisions with stationary and moving vehicles at higher speeds up to 30 mph. Examples – VW Golf & Nissan Qashqai

Camera :Vehicles with camera technology are not only able to detect potential collision threats, but also have the ability to classify them – is it another car? a pedestrian? or perhaps a cyclist? Cameras are increasingly being fitted on vehicles to provide the full 360 view around the vehicle enabling avoidance of a range of obstacles and can be particularly helpful during parking or low speed manoeuvres. Examples – BMW MINI & Audi Q7

Sensor Fusion :Teaming radar and camera sensors in “fusion” is the ideal solution offering the potential to address pedestrian and other vulnerable road user crashes whilst benefitting from the longer range sensing of radar. Examples – Ford Mondeo & Volvo XC90

The Actions That Drivers and Vehicle Manufacturers Should be Taking Now to Further Improve Vehicle Safety.

Responding to the European Transport Safety Council’s (ETSC) call for an overhaul of the European car safety framework, Thatcham Research supports the need for regulatory intervention to ensure that lifesaving technologies such as Automated Emergency Braking (AEB) is standard on all vehicles. 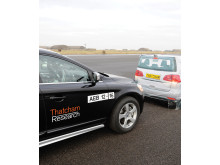 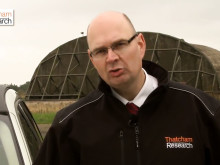 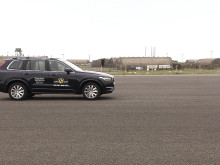