After recently celebrating its 20th anniversary and the prevention of 182,000 killed or seriously injured incidents on UK roads since 1997, the latest round of Euro NCAP testing has brought safety campaigners back down to earth.

The three superminis tested, the Fiat 500, Citroën C3 and Ford Ka+, showed disappointing results said Matthew Avery, director of research at Thatcham Research, the independent automotive research centre and voice of Euro NCAP in the UK. “None of the superminis tested made the five star safety grade. Of particular note was the Fiat 500’s child occupant protection score, which is one of the lowest we have seen in the category. As a premium city car popular with young families, it should be offering more protection to its passengers, especially since the Fiat 500 we tested in 2009 earned five stars for occupant protection.”

In the Fiat 500’s frontal offset test, forward movement of a crash dummy representing a 10 year old child was ‘excessive’ and the head hit the back of the seat in front. Neck tension in the dummy representing a six year old indicated poor protection and only the rear passenger side had anchorage points to safely accommodate a child seat. In addition, installation of some child restraints on the rear driver’s side did not meet Euro NCAP standards. “It’s a confusing position for the consumer that a child seat can only go in one place,” said Avery.

The Citroën C3 was a much stronger performer on adult (88%) and child (83%) occupant protection, scoring four stars overall. However the manufacturer has missed an opportunity to demonstrate its commitment to safety, comments Avery. “The Citroën C3 comes with a windscreen mounted camera, which is marketed as a device for capturing stills and video from the driver’s perspective. This very same camera could be used to deliver a potentially life-saving Autonomous Emergency Braking (AEB) system, like it does with other Peugeot Citroën products.”

The three stars afforded to the Ford Ka+ means that 2017 has already been a difficult year for Ford in Euro NCAP testing, following recent results for the Mustang. “Although the Ford Ka+ achieved solid scores for occupant protection in testing, it was penalised for not having Autonomous Emergency Braking. It’s not even possible to buy as part of an optional safety pack despite being available on other Ford cars like the Fiesta and recently launched Edge,” comments Avery.

All three superminis were penalised in testing for not having AEB systems fitted – a requirement for a five star safety rating. “We know it’s within the means of manufacturers to create superminis with lifesaving tech as standard, as we saw with the five star Honda Jazz,” says Avery.

The new Toyota C-HR however exemplifies the manufacturer’s ongoing commitment to safety. Not only did the Toyota C-HR achieve a very high score for adult occupant protection (95%), it also delivered on Advanced Driver Assistance Systems (ADAS), notably offering a strong-performing AEB system as standard across all variations. Avery comments, “Vehicle manufacturers like Toyota are making a clear statement of intent with their safety strategy. Eight of its last nine production vehicles achieved five stars for safety, each not only protecting its occupants but pedestrians outside the vehicle too.”

Two vehicles in the 4x4 category were also tested in February, the Land Rover Discovery and the Audi Q5. Both vehicles achieved five star safety ratings, with the Land Rover Discovery’s standard-fit safety features being of specific note. A new Discovery will have standard-fit AEB (City and Inter-Urban), in addition to a Speed Assistance System and a Lane Assist System. Its AEB system performed exceedingly well in testing, registering the maximum scores possible for this function and it has a pedestrian detection system to protect vulnerable road users too. As expected both the Land Rover Discovery and the Audi Q5 performed well in crash testing, registering high adult occupation scores of 90% and 93% respectively. 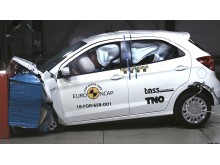 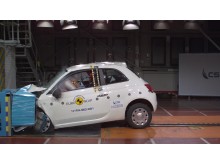 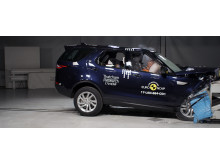 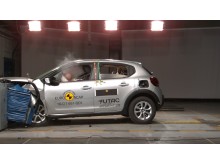 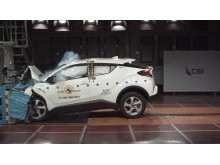 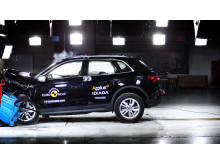 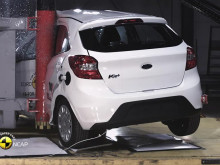 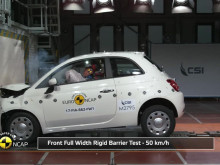