The latest electric innovations have dominated the Thatcham Research-supported What Car? Car of the Year Safety and Technology Awards which have been revealed today (14 January 2021).

The sterling work Volkswagen has put into designing its ID.3 from the ground up has been recognised by award judges who named the all-electric model the safest car of the year, while the impressive functionality and performance improvements that Tesla has made to its vehicle fleet in 2020 have powered the brand's over-the-air update capability to success in the technology category. 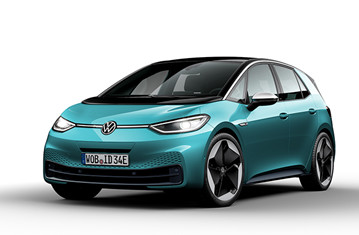 All-electric VW ID.3 proves to be a very bright spark

The What Car? Car of the Year Safety Award recognises the carmakers that have produced the safest cars during 2020 and the shortlist is drawn up based on results from the latest Euro NCAP safety testing. Judges also considered affordability, sales volumes and any additional innovative safety technologies not currently tested by Euro NCAP.

Launched in 2020 as the first fully-electric vehicle to join the Volkswagen family, the ID.3 scored a maximum five-star Euro NCAP safety rating in October – an impressive feat given that 2020’s testing protocols are the toughest ever and the most exacting in the world.

The ID.3 was the highest overall scorer of the year across all vehicles tested, performing consistently across all areas of assessment. Its Safety Award success marks the first time Volkswagen has won the category.

It was the top scorer with 88% in the Safety Assist category, thanks to the performance of its collision-avoidance systems like Autonomous Emergency Braking (AEB), lane departure support and standard-fit multi-collision braking which prevents secondary impacts after an initial collision.

The ID.3’s robust structural integrity combined with the latest in restraint technology – including side protection airbags to prevent occupants’ heads from colliding – also helped it to a strong score in the Adult Protection (87%) assessment and a top score of 89% for Child Protection.

“It's particularly rewarding to see such a strong performing, all-electric car from a mainstream manufacturer like Volkswagen. As part of the growing ID family, with the ID.4 just around the corner, this is a car that represents the brand’s motoring future and will therefore be a popular vehicle on our roads.

“It’s affordable, green, totally brand-new and can be relied upon to effectively avoid collisions and protect its occupants and other road users in the event of an accident. It ticks a lot of boxes and is therefore a worthy Safety Award winner.

“Volkswagen deserves praise for prioritising safety with its first fully-electric car. That bodes very well for the future of road safety.”

In winning the Safety Award, the Volkswagen ID.3 beat two other very capable cars to the title: the Toyota Yaris and the SEAT Leon. Both models were recognised by judges as worthy runners-up. 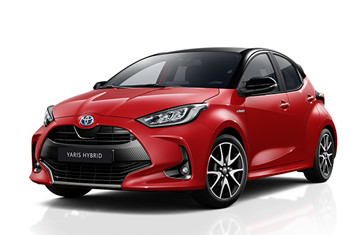 The first runner-up in the Safety Award is Toyota’s fourth-generation Yaris which impressed as a supermini that represents good value for money. It’s crash avoidance credentials are strong, having scored 85% for Safety Assist, while its 78% score in the Vulnerable Road User assessment category means it also offers good protection to other road users.

Matthew Avery said: “The battle for first runner-up spot was close between the Toyota Yaris and the SEAT Leon. The Yaris won through because of its stronger scores in the Vulnerable Road User and Safety Assist categories. From an affordability perspective, the Yaris performs better when preventing accidents and protecting those it shares the road with.” 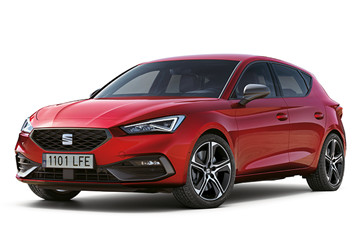 The SEAT Leon is the second runner-up. It’s 92% score for Adult Occupant protection was the highest achieved during 2020 Euro NCAP safety testing, with the car’s performance in frontal and lateral impacts a highlight.

Matthew Avery said: “This is an affordable small family car that offers sound safety performance across the board. Its Adult Occupant protection score was the benchmark for the year and the introduction of a centre airbag to prevent occupant-to-occupant interaction in a side impact supported that result. The presence of a multi-collision braking system is also a useful addition as standard.”

Watch as Avery takes to the Thatcham Research proving ground with What Car? Consumer Editor Claire Evans to demonstrate some of the safety functions of the three cars:

Meanwhile, the winners and two runners-up in the What Car? Car of the Year Technology Award have the potential to improve both vehicle and driver safety now and into the future, according to judges from Thatcham Research and What Car?

As the 2021 winner of the What Car? Car of the Year Technology Award, Tesla’s over-the-air (OTA) software update technology wirelessly introduce new features to its vehicles that improve functionality, performance and safety capability.

This breed of tech is used by a handful of other carmakers but Tesla has used OTA updates to make a raft of notable improvements to its vehicle fleet during 2020.

These improvements to active safety (or crash avoidance) and security have helped the brand to build on its 2019 success when the Model X and 3 cars both scored 94% in Euro NCAP’s Safety Assist category. Those scores illustrate the strides Tesla has made through OTA updates, particularly in the performance of its AEB systems.

The brand’s notable 2020 OTA updates have included the addition of vision-based speed assist capability, a cabin camera to capture video clips prior to a collision or safety event, dash-cam viewer improvements and traffic light warnings.

Matthew Avery said: “Tesla was the first to introduce over-the-air updates and it’s proven to be a real game changer. It means a Tesla can be upgraded as its sitting on a driveway. This allows the brand to not only offer new functionality to the consumer, but it can also fix things ‘on the fly’. As a result, the vehicle fleet is, to some degree, state-of-the-art over its lifetime which is a phenomenal advantage, especially when it comes to the performance of its back-up safety systems.

“Tesla wasn’t the strongest in terms of its Advanced Driver Assistance Systems previously, but now it’s the benchmark.”

As the first runner-up in the 2021 What Car? Car of the Year Technology Award category, Android Automotive OS (AAOS) is a new breed of infotainment platform built into cars by carmakers. The new Polestar 2 was the first car in the world to be fitted with this technology earlier this year.

Removing the reliance on potentially distracting touchscreens because the voice-activated Google Assistant is built into the car, drivers can download compatible media apps direct to their vehicle, with no mobile device required.

AAOS is considered the future of in-car entertainment and functionality can easily be adapted via over-the-air updates.

Matthew Avery said: “The immediate safety benefit of voice control systems is that they allow the driver to keep their eyes on the road. However, the current systems that people are most familiar with are seldom user-friendly and are frankly awkward to use.

“When the voice control fails to recognise what the driver is saying, the safety benefits are lost. The driver should only have to say something once and that’s why an established player like Android, delivering a system at the peak of the development curve, is optimal.

“This is the first example of a genuinely usable system.” 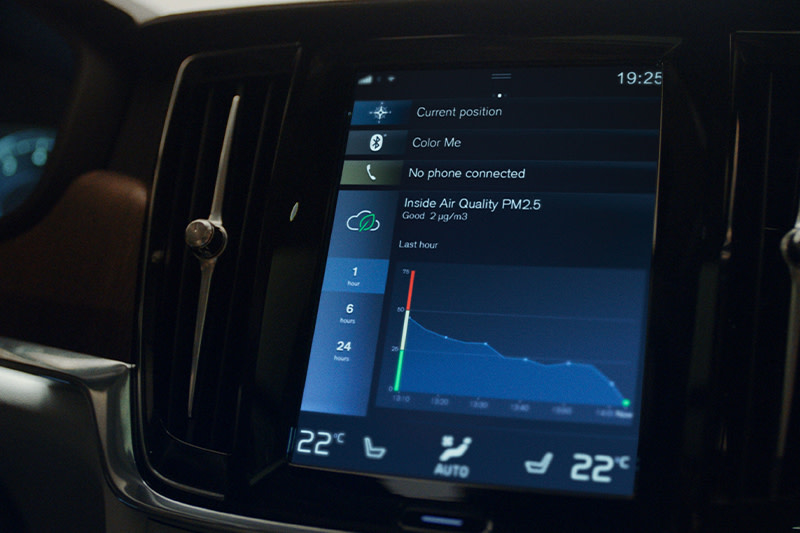 This new air purification system has been designed to eradicate particulates that measure less than 2.5 μm in diameter. Incoming air passes through an ioniser that pre-charges the microscopic particles which then stick to a fibre-based filter that carries an opposite charge.

Using the Volvo On Call app, drivers can use their smartphone to pre-clean their car’s cabin air before making a journey.

Matthew Avery said: “With this system, Volvo is continuing its long heritage in protecting drivers from the dangers of the roads. As the first to fit an ioniser inside its air filtration systems, Volvo is removing harmful particulates and making cabin air cleaner. This is particularly relevant today with increased levels of pollution – and that’s good news for people’s health and their attentiveness behind the wheel.”

Thatcham Research chief executive Jonathan Hewett said: “There’s no doubt that 2020 was a challenging year for the automotive industry, and that trend is continuing into 2021. But our winners and runners-up in both the Safety and Technology Awards must be commended for continuing to innovate and bringing some fantastic vehicles and products to market that will help to further improve road safety.” 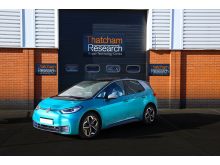 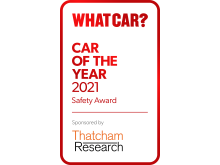 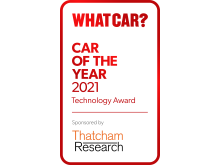 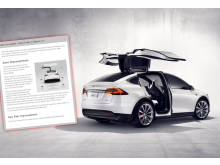 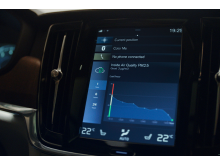 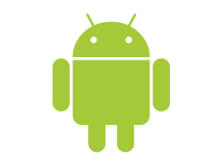 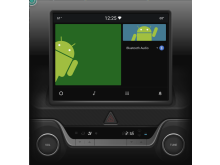 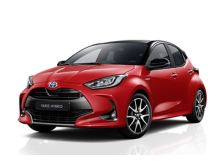 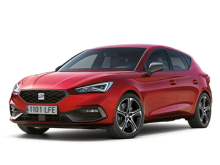 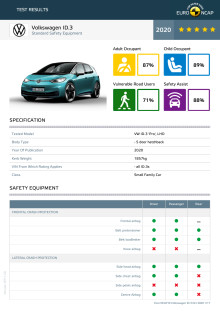 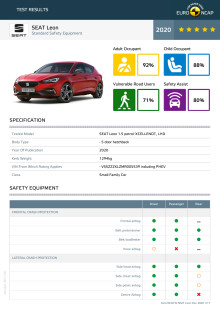 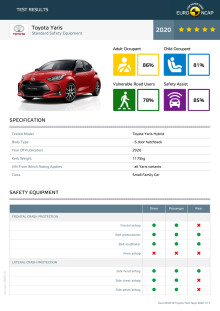