In a busy November for Euro NCAP’s car safety experts, the month’s second set of crash testing results have been released today, with all eight vehicles achieving 5 star ratings. Crucially, all are on sale with standard-fit Autonomous Emergency Braking (AEB) systems.

“This is a strong showing for the vehicle manufacturers who submitted cars for testing,” comments Matthew Avery, head of research at Thatcham Research. “It is encouraging that drivers of all eight cars will be supported by standard-fit AEB – a technology which is proven to reduce accidents. As two cars aimed at the family market, the Honda Civic and the Subaru Impreza’s suite of safety technologies are especially welcome.”

Going above and beyond AEB, both the Honda Civic and the Subaru Impreza come with standard-fit lane keeping aids, which will gently steer a drifting vehicle away from lane markings. The Impreza also comes with AEB which detects pedestrians.

Avery continues, “Subaru is often an unsung safety hero, despite a very strong safety record achieved over the years.”

The Honda Civic was reassessed following a Euro NCAP 4 star rating in its initial test, due to a curtain airbag deployment issue. The issue was corrected by Honda, earning the Civic its Euro NCAP 5 star rating.

Another vehicle with class-leading results was The Mercedes-Benz X-Class; the last Pick-up to achieve a Euro NCAP 5 star rating for its standard fit equipment was the Ford Ranger in 2012. The Safety Assist score of 77% achieved by the X-Class is the highest ever in the Pick-up category, as is its Child Occupant score of 87%. 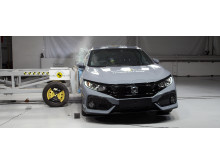 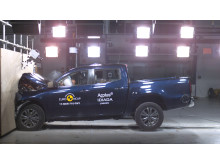 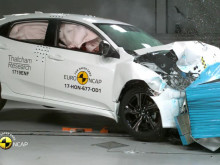 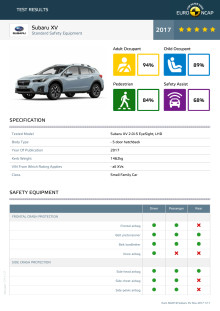