Responding to the European Transport Safety Council’s (ETSC) call for an overhaul of the European car safety framework, Thatcham Research supports the need for regulatory intervention to ensure that lifesaving technologies such as Automated Emergency Braking (AEB) is standard on all vehicles.

However, it could also be achieved voluntarily by the EU automotive industry according to Thatcham Research’s Chief Executive, Peter Shaw:

“Last week, the U.S. Department of Transportation’s National Highway Traffic Safety Administration (NHTSA), the Insurance Institute for Highway Safety (IIHS), along with 20 vehicle manufacturers, agreed to make AEB standard on all vehicles in the US by 2022. We’ve also just seen Lexus and Toyota committing to fit AEB as standard on every trim and model level in the US by the end of 2017.

“These are major landmarks for vehicle safety, with the US leading the way. Europe risks falling behind. Unless we have a similar agreement amongst European vehicle manufacturers, legislation is the only way to go.”

Research has shown that vehicles fitted with AEB are capable of reducing the likelihood of front to rear crashes by up to 40% and at the current fitment rate has the potential to save 1,130 lives and 126,000 casualties over the next 10 years.

A recent survey conducted by Thatcham Research and Direct Line Insurance Group in the UK, also revealed that 82% of drivers think car safety features like AEB should be fitted as standard and available for free. Not as an “extra”.

“We recognise that many vehicle manufacturers, like Land Rover, have really upped their game in the past few years when it comes to car safety. They are pioneering new technologies. In 2014, the Land Rover Discovery Sport for example was awarded 5 stars by Euro NCAP, and is only one of two vehicles in the market that has an external pedestrian airbag.

“However, if AEB as standard on all vehicles is going to become a reality in Europe, it is going to require collaboration between regulators and everyone in the automotive industry,” concludes Shaw. 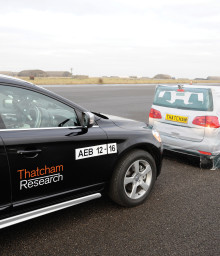 Safety should be “Standard” on all new cars launched in 2016

• Thatcham Research welcomes the support of ‘What Car?’ magazine as they join the call for Autonomous Emergency Braking on all new cars • No longer any excuse for car makers to launch new cars without AEB as standard. Where it is an “extra”, car manufacturers and dealerships, need to promote and explain the benefits of potentially lifesaving technology more effectively to consumers 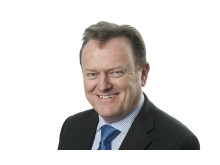