New cars that will appeal to family-oriented buyers are leading the way in prioritising the highest levels of safety as standard, according to test results issued today by the European New Car Assessment Programme (Euro NCAP).

The new Renault Scenic, available in the UK later this year, achieves a five-star Euro NCAP rating, with its Advanced Driver Assistance Systems (ADAS) key in gaining the top score. The Scenic has a full suite of Autonomous Emergency Braking (AEB) technology as standard across every model and trim in the range. This means that City AEB is operating in lower speed conditions to prevent crashes and Inter-Urban AEB is working at higher speeds to give additional protection*. The vehicle is also equipped with pedestrian protection AEB, which improves the safety of vulnerable road users by detecting their presence and braking automatically if a collision is likely because a driver has not seen them.

“Pedestrian AEB testing was introduced into the Euro NCAP tests in 2016 as part of a drive to lower the number people killed or seriously injured in the UK as a result of collision with a vehicle,” explained Andrew Miller, Chief Technical Officer at Thatcham Research and current Euro NCAP President and Chairman of the Board. “The fact that the new Renault Scenic is equipped with the technology as part of its AEB functionality is an indication that car makers are responding to the growing pressure on them to consider all road users, not just vehicle occupants.”

More than 5,000 people are killed or seriously injured every year on UK roads ** and a reduction in this number would be a very significant benefit of all new cars having AEB fitted as standard.

“Autonomous Emergency Braking is a proven life-saver that significantly reduces the likelihood of a crash,” commented Thatcham Research Chief Executive, Peter Shaw. “Having AEB technology on every model of every new car should now be standard practice for car makers. Renault is to be applauded for recognising this as the responsible course of action.”

Buyers looking at cars that traditionally appeal to family oriented drivers now have an improved choice of vehicles with a top Euro NCAP score and high level of safety as standard. The new Renault Scenic, available in the UK later this year, is a clear leader in the small MPV market on standard fitment of Autonomous Emergency Braking, ahead of other vehicles such as Volkswagen Touran that have the same safety rating but offer AEB on some trim levels only as an option.

Kia’s new Niro Crossover, which will also be competing for attention from family car buyers, performed very well in crash tests and gained a five-star Euro NCAP rating when fitted with the optional safety pack, but unfortunately only the top-of-the-range First Edition model has AEB.

AEB is available on 63% of new cars launched this year, compared to the average of 48% availability*** across all new cars on sale in the UK.

* Claims data for crashes involving vehicles with both these AEB technologies shows that Inter-Urban systems can deliver an additional 24% reduction in third party claims over and above the 21% reduction provided by a basic City system.

*** Thatcham Research data reveals that AEB is fitted as standard on 21% of new cars available in the UK and optional on a further 27%. 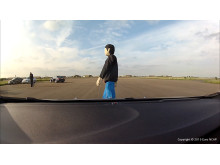 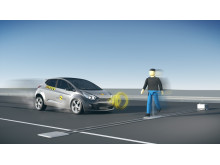