Vehicle safety standards within the Electrical Vehicle (EV) market have been further boosted after the Volkswagen ID.4 and Skoda Enyaq emerged from the latest round of Euro NCAP assessments with maximum five-star safety ratings.

As family-focused SUVs, both cars are expected to be extremely popular model choices within an EV market that continues to go from strength-to-strength. The SMMT revealed this week that there are now 500,000 EVs on UK roads.

The ID.4’s five-star success comes hot on the heels of the identical rating awarded to its ID family counterpart, the ID.3, at the end of 2020.

Together in electric dreams

Featuring a standard, centre-mounted airbag to prevent interaction between front seat passengers in a side impact, the ID.4 scored 93% for adult occupant protection, while its child occupant score was 89%. Its vulnerable road user score was 76%, and a suite of effective safety assist systems helped it achieve 85% for active safety.

The Skoda Enyaq, an entry in the large off-road segment, scored well in the frontal offset test, highlighting how the car has been engineered not to cause excessive damage to other vehicles in a collision. It therefore scored 94% for its adult occupant protection. Its child occupant protection score was identical to the ID.4 at 89%.

The Enyaq’s vulnerable road user score was 71%, partly because it provided mixed results when assessed for injuries it could cause to the pelvis of a struck pedestrian. Finally, the Enyaq’s safety assist score was pegged back to 82% because, unlike the ID.4, it doesn’t feature a driver monitoring system as standard – an important new safety feature likely to be fitted to more vehicles in the future.

Matthew Avery, Thatcham Research's Director of Insurance Research, welcomed Volkswagen Group’s latest Euro NCAP results. He said: “It’s very satisfying to see the VW ID.4 and Skoda Enyaq being awarded five-star ratings because they represent the future of all-electric motoring and will account for many sales in the EV crossover market.

“These impressive results show that Volkswagen Group hasn’t compromised safety in favour of the environment and that’s an approach we wholeheartedly endorse.”

Elsewhere in the latest round of new vehicle assessments, Euro NCAP tests highlighted some major safety flaws with the Dacia Sandero after it only scored a
two-star Euro NCAP Safety Rating.

Euro NCAP's fully-transparent testing protocols were overhauled in 2020 and are the toughest and the most exacting ever, ensuring European vehicles remain the safest in the world.

The Sandero was let down by its lack of ‘active’ safety technology that has the potential to prevent serious accidents. It scored a lowly 42% in this category because it only has speed assistance and a basic autonomous emergency braking (AEB) system.

The level of protection the car offers to other vulnerable road users (VRU) through its active safety systems was also disappointing. Because the Sandero’s radar-only AEB system cannot detect pedestrians and cyclists, putting these VRUs at increased risk. The VRU score was therefore only 41%.

The Sandero's adult occupant protection score of 70% was also way behind the class leaders in the supermini segment. The five-star rated Honda Jazz and Toyota Yaris, both tested to the same protocols as the Sandero, scored 87% and 86% respectively in this assessment.

Particular concerns, relating to the Sandero’s structure, pointed to a risk of injury from the dashboard to front seat occupants’ knees, femurs and chest in the event of a frontal impact. Protection was rated as only marginal in this regard. The side impact test also revealed a marginal level of protection against chest injury.

The Sandero’s child occupant safety score was 72% and highlighted issues with the rear restraints. In the frontal offset test, protection afforded to the10-year-old dummy’s chest and neck was rated as weak, while the six-year-old dummy’s neck protection was marginal.

To put the Sandero’s overall two-star rating into context, no other car has scored two stars or less in terms of relative performance since 2018 and the car’s VRU score is the worst recorded during Euro NCAP testing since 2013.

The Sandero is positioned at the budget end of the supermini segment, but safety experts Thatcham Research believe Dacia – part of the Groupe Renault brand family that also includes Renault and Nissan – is putting price before safety.

Matthew Avery, Thatcham Research's Director of Insurance Research, said: "The Sandero's Euro NCAP rating is a major disappointment and it's therefore not a new car we would recommend. There are other cars in the supermini segment, whether new or a few years old, that can offer better safety and value for money.”

"Renault and Nissan both have five-star rated models in the supermini segment with the Clio and Micra, and the Sandero is closely related to these vehicles. But it appears Dacia has made a clear decision not to prioritise safety, exposing occupants and other road users to increased risk.

“With this car, the active safety capability isn’t where we would like it to be and that’s a big disappointment in 2021.” 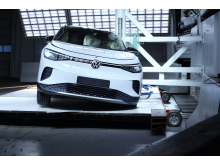 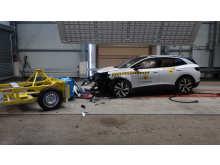 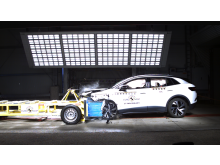 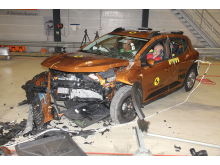 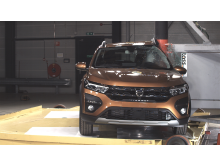 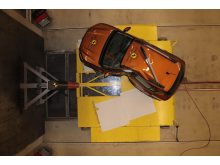 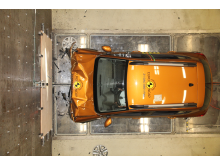 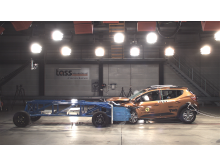 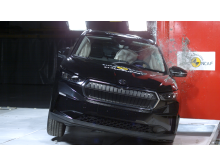 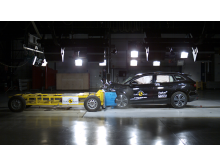 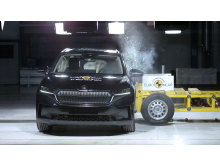 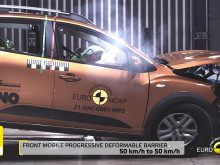 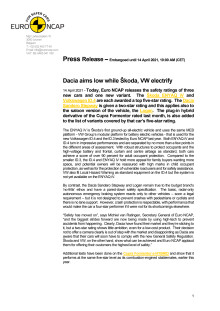 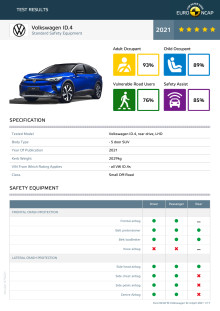 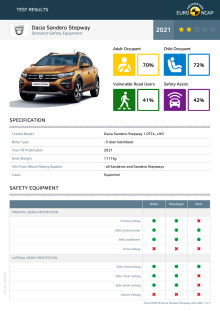 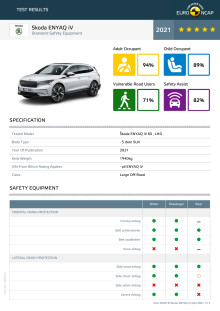