The latest Euro NCAP test results highlight the important challenge some manufacturers face when their vehicles are exposed to the most exacting protocols so far, with the new Land Rover Defender and Isuzu D-Max deemed too aggressive in the head-on collision test.

Impact testing methods were overhauled for 2020, with the head-on collision now consisting of two moving elements: the test vehicle itself and a Mobile Progressive Deformable Barrier (MPDB).

This test not only looks at intrusion on the test vehicle but also to the MPDB which represents the partner vehicle in a collision. To avoid being penalised within the latest test protocols, large vehicles must now offer more protection – and better compatibility – to smaller vehicles during a collision.

Although they both achieved a maximum five-star Euro NCAP rating, the Defender and D-Max lost points for their performance during the MPDB test and the threat they pose to partner vehicles in a collision.

“The new-for-2020 tests are really driving a requirement for increased performance and more aggressive cars like the Defender and D-Max are being identified and marked down as a result,” Matthew Avery, Thatcham Research’s Director of Research, explained. “The latest test results show some manufacturers are finding compatibility a challenge.”

Not quite an electric dream

The brand-new Honda e also lost points in the frontal impact test, this time for the risk of injury to its own occupants in a collision.

Avery said: “Although it scored a solid four stars, there were definitely issues with the Honda in terms of driver protection and the lateral impact with the child dummy. The far side excursion result wasn’t great and this is a vehicle that doesn’t have a centre airbag function which is surprising.

“The Honda, and Mazda’s debut EV the MX-30, are in the same category as city electric cars, but the Mazda has outperformed its Japanese rival. With a five-star rating, the Mazda is the safer all-electric choice of the two.” 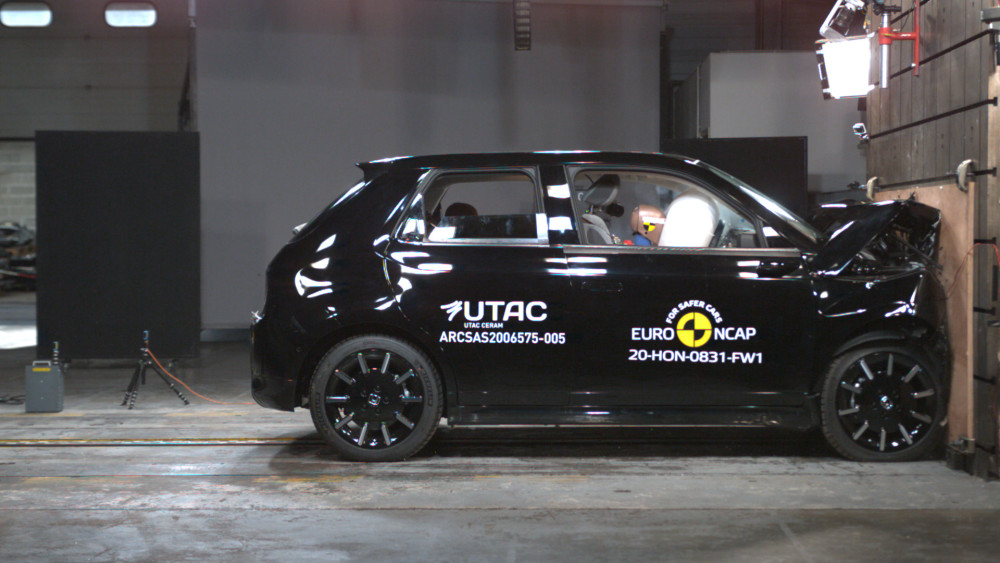 End-of-year highs – and a low

Two cars from the same VW Group family – the SEAT Leon and the Audi A3 Sportback – went head-to-head in the latest Euro NCAP tests. Although both cars emerged with a maximum five-star Euro NCAP rating, the SEAT outperformed its MQB platform twin by a combined total of 20% across all test categories.

“The SEAT is one of the best performers we’ve had all year. Although it’s closely related to the Audi, you can say the SEAT offers better value for money,” Avery said. 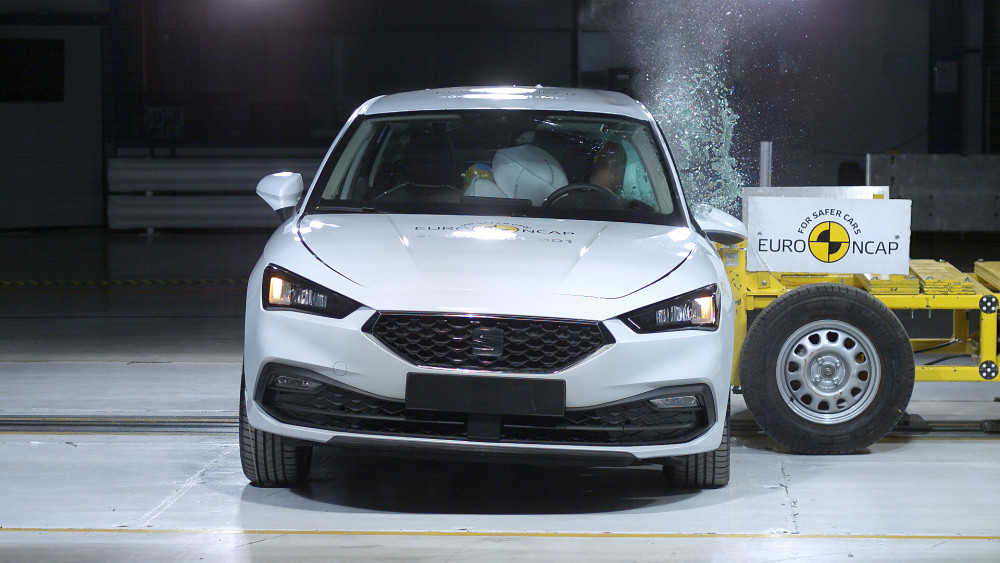 The final car to gain a five-star rating in the latest tests was the Kia Sorrento which features new safety updates, including KIA’s first centre airbag and advanced e-Call system.

Hyundai’s i10 only earned a three-star Euro NCAP rating. In four test categories, it scored lowest for occupant protection. The performance of its Autonomous Emergency Braking (AEB) system was disappointing. It could detect pedestrians – although its response was marginal – but it was unable to detect cyclists.