Volvo Cars will source its data from everyday drivers and use it to develop autonomous cars that are suitable for real world driving conditions, rather than the more unrealistic conditions found on test tracks.

Peter Shaw, chief executive at Thatcham Research said: “This is a landmark trial in the development of autonomous driving. The data collection and analysis will for the first time provide real world insights into how drivers actually react to autonomous driving in actual road conditions.”

Vehicle manufacturers are predicting that highly autonomous vehicles, capable of allowing the driver to drop ‘out of the loop’ for certain sections of their journey, will be available from around 2021.

Peter Shaw continues: “Without doubt, crash frequency could dramatically reduce because of autonomous driving. We’ve already seen this with the adoption of Autonomous Emergency Braking (AEB) on many new cars. Research in the US by NHTSA predicts that by 2035, as a result of autonomous and connected cars, crashes will be reduced by 80%. Additionally, if a crash unfortunately can’t be avoided, then the impact speed will also drop as a result of the system’s performance - reducing the severity of the crash.”

‘Drive Me London’ will begin in early 2017 with a limited number of semi-autonomous driving cars, and expand in 2018 to include up to 100 cars, making it the largest and most extensive autonomous testing programme on the UK's roads. 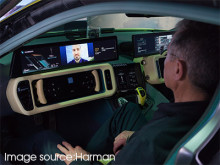 UK motor insurers are committing themselves to helping smooth the path of driverless cars onto UK roads, with the launch of a new initiative to address some of the issues which need to be overcome. 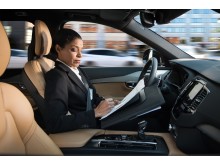